Water hyacinth hinders extraction and supply of clean water by clogging intake systems. Despite control efforts, it has remained resurgent and difficult to manage under current methods. Efficacious control for the weed is therefore necessary. This study’s goal was determination of effect of corn oil spore formulations of Cercospora piaropi Tharp and Myrothecium roridum Tode Fries on; disease intensity, relative shoot length and relative biomass of water hyacinth. It was conducted in Maseno University and in a greenhouse at Kibos in Kisumu situated at latitude 00 37’ S and longitude 370 20’ E. The conditions were 25 to 300 C and 22 to 270 C temperature averages during the day and night respectively and 60 to 69% relative humidity.  Isolations of C. piaropi and M. roridium were made, grown on PDA, harvested and formulated in corn oil at 1x105, 1x106, 1x107, 1x108 and 1x109 spores/ml. Healthy plants were misted with the corn oil formulations and placed in 90 cm diameter and 1.5 cm depth plastic basins filled with 20 liters of water that had been kept in a container for 24 hours for chlorine to be released. The experimental design was completely randomized design with three replications. Disease intensity, relative shoot length and relative biomass were determined biweekly for 6 weeks. Analysis of variance on the means was done using SAS Institute, Inc.1999 computer software and LSD (p?0.05) used for mean separation. Disease intensity, AUDPS, relative shoot length and relative biomass scores for both pathogens showed a significant (p ?. 05) increase as the concentration of spores in the formulations increased.  Cercospora piaropi and M. roridum in corn oil formulation at 1x108 and 1x109 spores/ml were found effective for lowering water hyacinth biomass and shoot growth respectively and with potential for use in open waters for water hyacinth control.

EAJSTI requires that, before manuscript acceptance, authors sign a license agreement granting EASTECO exclusive rights to use and authorize the use of their contribution. 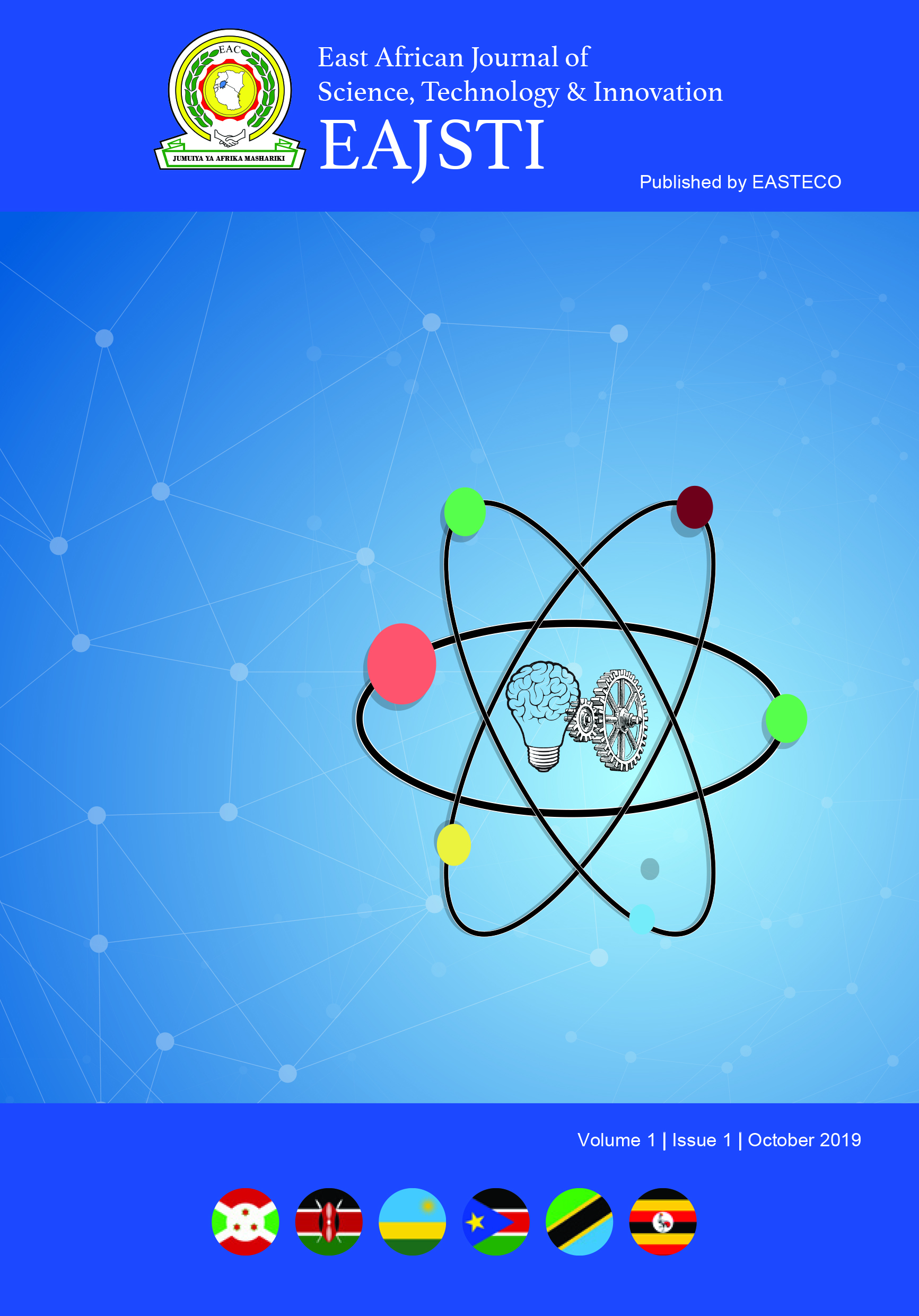